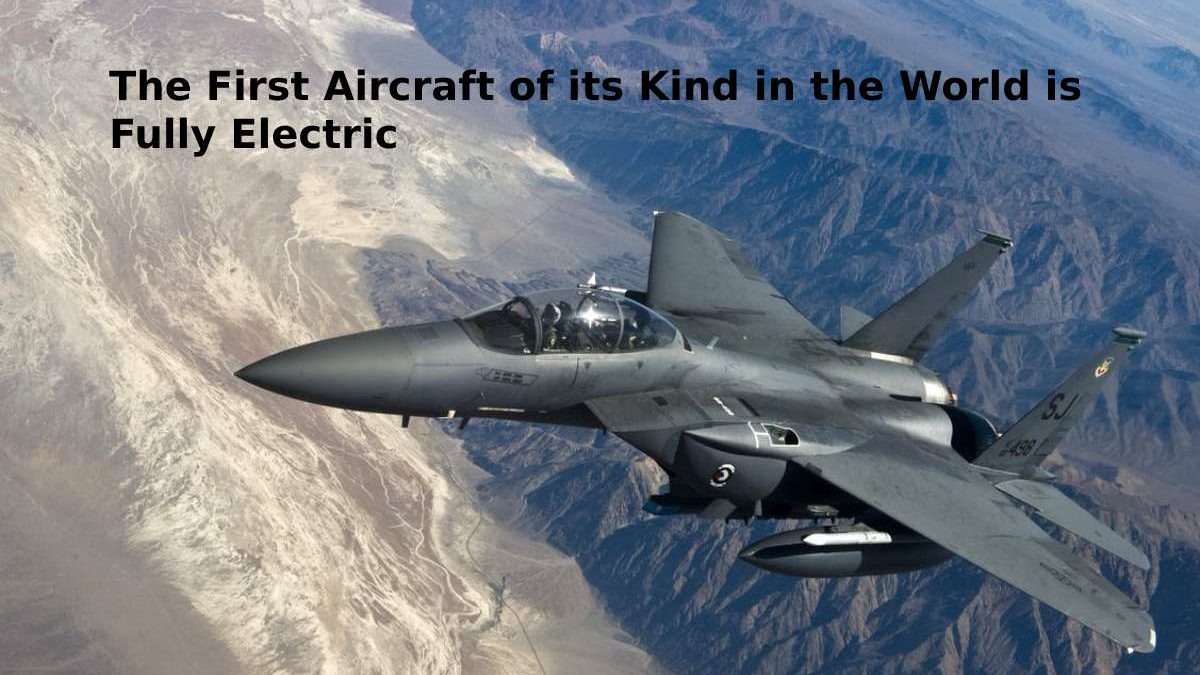 It is the first time that the world’s first electric-powered commercial aircraft has launched. On its first test flight on Tuesday, December 10, 2019, the plane took off from Vancouver, Canada, hoping to eliminate polluting emissions from aircraft one day.

The magniX aircraft is designed in collaboration with Harbour Air, which transports half a million passengers a year between Vancouver ski resort, neighbouring islands and tourist gatherings.

This New Technology on Aircraft

“The use of the new technology will save airline costs and reduce emissions, signalling the beginning of the era of electric air navigation,” janzarsky said.

Civilian air navigation is one of the most increasing sources of carbon emissions due to the growing demand for flights and the slow progress in aircraft technology.

According to the European environment agency, emissions from aircraft (285 grams of co2 per kilometre of aviation) exceed all other means of transport emissions. Contributing to global warming and climate change and severe droughts and devastating storms at sea-level rise.

The aircraft used is essentially a DHC-2 de Havilland Beaver. With a capacity of six passengers. Harbour Air has reprocessed it with the addition of an electric engine.

Greg McDougall, CEO of Harbour Air, flew early in the morning, on a short tour along the Fraser River. Near Vancouver International Airport and was watched by about 100 people.

According to the press, the flight lasted less than 15 minutes. “Our real goal is to operate a full air fleet with electricity, there is nothing to prevent this. And it will achieve many advantages. In addition to fuel efficiency, the company will save millions in maintenance costs. As electric engines require much less maintenance.”

Harbour Air, however, will have to wait at least two years before starting to equip its air fleet. Which will exceed 40 electric seaplanes, as the electric aircraft must undergo further testing to prove efficiency and safety and the official adoption of the electric engine.

Canadian Transport Minister Marc Garneau said ahead of the flight that he hoped the experiment would be successful. As it was a significant step towards eco-friendly aviation.

But battery power is a challenge. According to Janzarsky, the aircraft used in the last experiment can fly only 160 kilometres before the lithium battery is discharged, which is not a long way off, but it will do for most Harbour Air flights.

The prediction that batteries and electric motors will evolve to make longer journeys, and believes the range achieved so far may not be enough. But it is good as the beginning of a revolution in the field.

While we wait for this, short, cheaper and better electric flights can change the way people communicate or even where they go to work, so if people don’t mind driving an hour a day to go to work, why not replace a flight that doesn’t take more than 15 minutes?

Review The First Aircraft of its Kind in the World is Fully Electric. Cancel reply