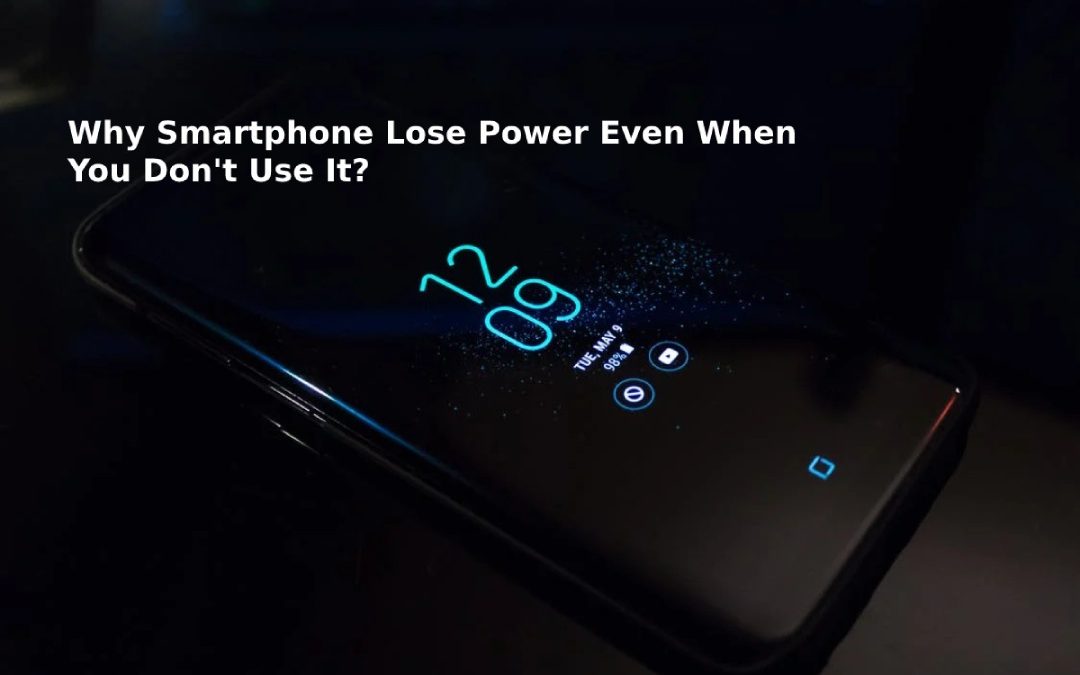 The modern smartphone contains a lot of applications that work in the background, consuming the device’s battery power, and several other unexpected reasons lead to its depletion, such as poor network reception. Battery installation and the use of shoddy applications.

We often complain that our smart device battery runs out even when we don’t use it too much, and this happens with all smartphones regardless of their brand, purchase, or age. If it’s a smartphone, it will run out of battery to zero even if you don’t use it all the time.

It is customary to have a psychological aspect to this. As the user does not usually feel his continuous use of the device. Therefore, in many cases, telephone batteries are consumed because they are used all the time despite the claims of the owners.

In this article, we will look at the top four reasons why our smartphone batteries are exhausted when they are not in use. Reasons why your phone runs out of charge even when you don’t use it:

When talking about smartphone battery life. Most of us express our opinion on the quality or power of the battery depending on the number of applications and programs we can use on the phone. In other words, if the user opens five apps on their phone.

They will rely on the phone battery based on the amount of time these five applications are operated before they need to recharge.

We generally judge your phone battery-based solely on the applications we actively use “offline” and completely neglect applications in the background.

But here’s the thing, although we judge the device’s battery based on the applications we use frequently and actively. The battery must provide power. And support all applications and programs that run on the phone. Including background, apps refering to by that name because they work in the background.

Even when you put your phone to sleep and turn off the screen. The phone still has to do some things in the environment, such as connecting with the cover tower. Receiving text messages, incoming calls, etc.

If you want to check the background apps that consume your phone’s battery at this very moment. Go to your smartphone’s power settings and see the details of their use.

Those applications consume your device’s power and cause the battery to run out even when it’s not actively used.

If your device’s battery is good, that’s usually the main reason your phone’s battery runs out in a few hours.

Poor Reception Of The Cellular Network

Why your smartphone loses power even when you don’t use it. Apps that work in the background, consume device battery power – consume phone power

You may have noticed your device’s excess charging battery need if it receives a weak network signal. Especially when travelling through an area with poor network coverage. The receiving signal strength ranges from soft to almost non-existent.

When a cellular device is located in a poorly covered area.  Your device’s reception power is enhanced to the highest possible capacity. So that it can find a suitable cellular tower to communicate with.

Simply the weak cellular signal received on your device means that it continues to search until it gets the required signal power. And that activity consumes a large amount of battery charge.

Poor signal receiving has exacerbated the problem of battery depletion. So if you want to keep your device power while travelling, you should keep it closed or on flight mode.

Some applications are designed to consume a lot of energy. As apps that rely heavily on the phone’s battery have a lot of features to offer and often leak how much battery power you ask for. As users open and interact with them and are utterly oblivious to how much load they put on the phone battery.

The user may only operate one app on their phone. Still, suppose the app is designed in a way that consumes a large amount of energy. In that case, it will result in a rapid battery drain, making the user upset about the quality and longevity of their battery.

Not all smartphone batteries have a single building. They make it using materials that do not meet the required standards. Constantly affecting battery durability. So if you buy a new battery and feel rapidly out of power from the beginning of its use. What happened is likely like a cheap theft.

Mobile phone companies usually write disclaimers in their brochures advising their customers not to use public batteries, “i.e. not manufactured by them,” and put them in their devices.

Review Why Smartphone Lose Power Even When You Don’t Use It?. Cancel reply